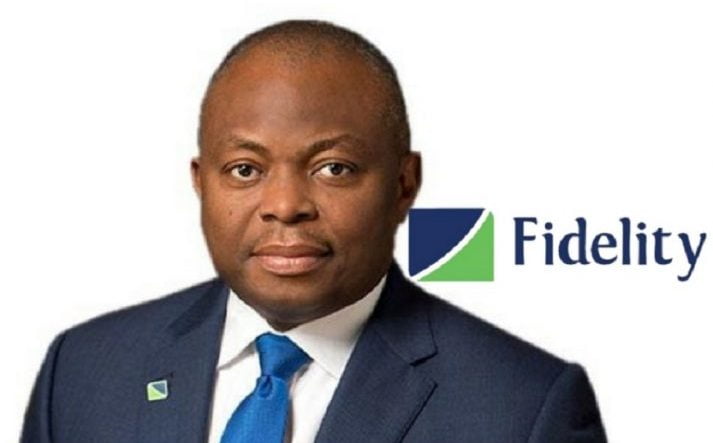 Nigeria is not in short supply of innovators and reformers. They abound in all sectors. In the banking sector, Nnamdi Okonkwo, is one of them. As the Chief Executive Officer of Fidelity Bank PLC, Okonkwo, a multi-discipline banker, has demonstrated a rare know-how of what modern banking should be. He has broken all growth forecasts, driving his bank from a marginal financial institution into the national mainstream banking hall of fame, and one of the most-preferred banks on the continent.

It’s a record that astounds, a performance chart that got even the heavyweights in the industry fretting. This is why some analysts say they are not surprised at the recent campaign of calumny to smear both Okonkwo and the Fidelity Bank brand.

A prominent case was the failed attempt to link the bank with the alleged sleazy deals in the nation’s oil and gas industry in the days of Deziani Alison-Madueke, former Minister of Petroleum Resources. But the matter has been rested and both Okonkwo and the bank cleared of any wrongdoing by relevant authorities.

Despite the clean bill and wide-berth clearance received by the bank and its leadership, the tribe of mudslingers seems not to have beaten a retreat. They appear bent on casting as much slur as their fetish shovel could scoop on a man they cannot fault his stellar credentials and sterling performance, and a bank they can no longer ignore. But that’s largely the price you pay for success.

Okonkwo has since 2014 when he emerged the Managing Director of the bank shown a rare trait in modern leadership: leading from behind. His style of leadership is unobtrusive: unseen, unheard yet he fills the ambience with his presence. Self-effacing and diffident, he has chosen to walk the path of meekness in a sector ingloriously noted for the outlandish flamboyance of its leaders. One of the pitfalls of modern banking in Nigeria is the riotous ostentation of some bank gaffers. Whereas a banker, the one who holds public funds in trust, ought to be conservative, frugal, even austere; some bank chiefs have turned the page, preferring to live a life of wanton waste at the expense of the investing public.

It’s this culture of waste and improvidence that has resulted in a neo-fiscal disorder called ‘failed bank’ syndrome. A bank that is truly a bank ought not to fail. With good corporate governance, adherence to basic creeds and compliance with regulatory rules, in this case the Central Bank of Nigeria, no Nigerian bank should fail. But many have. From People’s Bank of Nigeria, a masses-centric bank created by the military essentially to cater for the poor masses, to some other banks that kept a façade of good financial standing, the nation has witnessed a whirlwind of failed banks, prompting the CBN to make interventions in most cases. Sadly, some still doubled down to extinction and in some cases had to be acquired by stronger banks to save jobs and save depositors’ funds.

Not so with Fidelity Bank. Okonkwo’s fiscal discipline, adherence to corporate governance and entrenchment of a culture of prudent fiscal management has ensured that Fidelity Bank keeps soaring at a time its predecessors are riddled with holes in their balance sheet. A few statistics would confirm the steady rise of a once-upon-a-time marginal bank to a strong national and continental financial institution.

Since January 1, 2014 when he became the CEO, the bank has grown its savings deposit account base from N75 billion to the present N226 billion. If this does not excite, what about the fact that it recorded gross earnings of N215.5 billion for the financial year ended December 31, 2019, an increase of 14 per cent of the N189 billion achieved in the previous year. This also cascaded to profit before tax of N30.4 billion, compared with N25.1 billion recorded in the previous year, a jump by 21 per cent.

The facts truly speak for themselves. Fidelity Bank is wafting through the banking landscape like a hurricane. In a recent survey carried out by Political Economist Business Intelligence Unit, Fidelity Bank was adjudged the Most Admired Bank among business owners especially small and medium scale entrepreneurs in Nigeria.

The survey which was conducted in parts of Lagos, Ibadan, Kano, Aba, Onitsha, Port Harcourt, Uyo and Kaduna among traders and business owners showed that Fidelity Bank was voted the friendliest bank among the respondents. The survey was conducted via questionnaire administered strictly to business owners in selected market clusters spread in Nigeria’s busiest cities.

So, how did Okonkwo and his team achieve this? Digital inclusion! Technology has become the oxygen of modern businesses. The Fidelity team has latched on this to optimise efficiency through the digitisation of its operations.

The impact of digitisation on the bank has been most profound such that 81.5 per cent of the bank’s transactions is now done through digital channels. This has far exceeded industry projections and has placed Fidelity Bank ahead of many banks. In modern parlance, it’s either you innovate through technology and see your business thrive or you stick to the old analogue order and watch your business die. Okonkwo has since realised this and has made a choice. He disclosed as much in a recent media chat.

He said: “We are driving our retail banking with digitisation. About 81.5 per cent of our transactions are now done through digital channels. That is why you will see us building just one or two new branches in a year.

“In the past, we used to do like 15 to 20 branches. I can’t remember the last time I went to inaugurate a new branch or even wrote a cheque. Digitisation has made things more efficient. We have also taken into cognisance customers that may not have data to do their transactions.

“So, we introduced our USSD *770#, which does not require you to have a smartphone or data to carry out some banking transactions. This category of customers do not need Android phones to operate their accounts, just basic phones.

“Having said this, Information Technology comes with a lot of risks. Any bank that does not pay attention to cyber risks is living dangerously and I doubt if any bank will even try that.

“Statistics have also shown us that even in some of the areas of the north with security challenges, we have a very high adoption of electronic banking because people are sending and receiving money using their phones. What is a challenge actually leads to innovation and opportunity.”

Indeed, necessity is the mother of invention. The necessity of the moment has brought out the creative energy and inventive spirit in Okonkwo and it’s rubbing off on the bank which he intends to migrate to a Tier-1 bank in three years from now. Given his pedigree, this is not just a desire, it’s a destination.