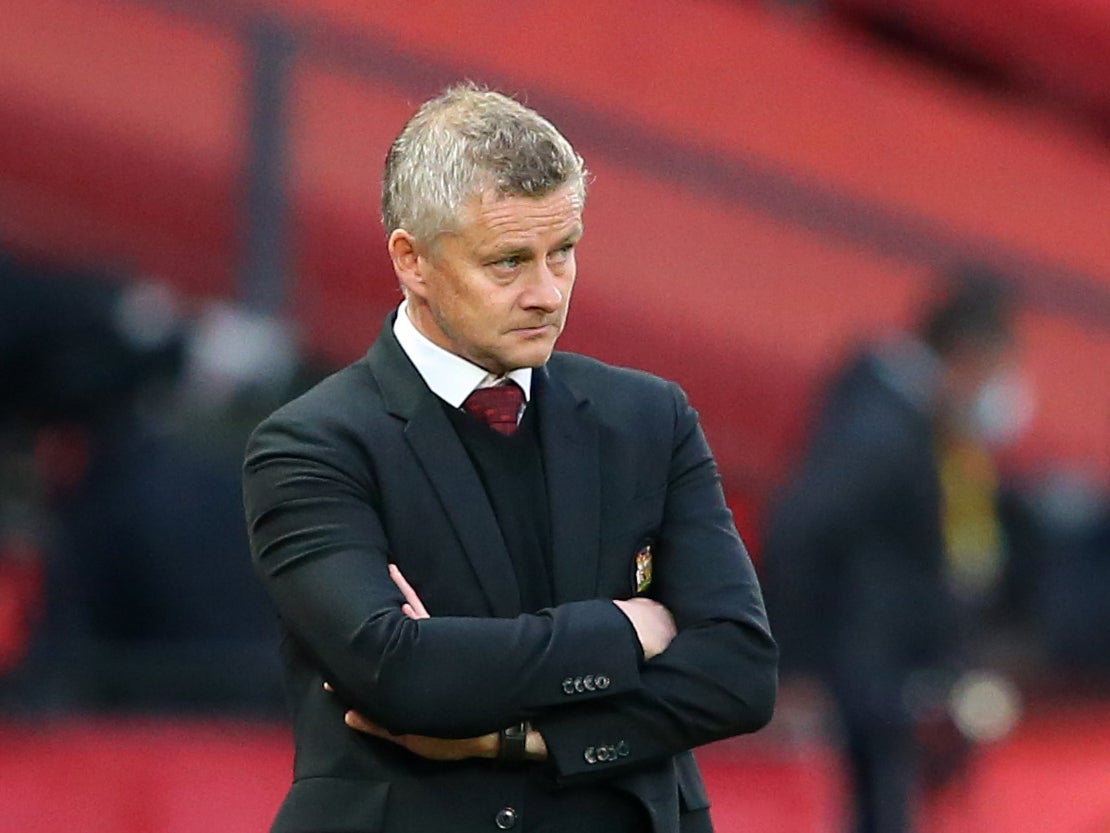 Ole Gunnar Solskjaer’s side have endured a torrid start to the season, and their 6-1 thrashing by Tottenham before the international break has many observers suggesting the club are in crisis.

United need an emphatic victory here to quell such talk, but Newcastle are in promising form and will fancy their chances of piling more misery on the Red Devils. Follow all the live action at the conclusion of Man City vs Arsenal:

Kick off: Man Utd get the match underway at St. James’ Park with a long ball that rolls through to Karl Darlow in Newcastle’s goal.

Here come the teams, kick off is next…

If Newcastle win tonight they could go up to third behind Everton and Liverpool. What a start that would be for Steve Bruce’s men.

10 minutes to go until kick, eyebrows raised over Ole Gunner Solskjaer’s starting XI. No Pogba, no Telles and no Van de Beek.

Much like Man City in the last game, Man United definitely need to pick up three points here. Anything less and the axe may start hovering over Solskjaer’s job.

Raheem Sterling spoke to Sky Sports after the game and said: “We dropped points early on in the season so it was important to keep on winning.

“Coming back from the international break we knew we needed a good performance and to pick up points to kick-start the season. Today’s result definitely gives us confidence.

“I felt I was quite lucky to get on the scoresheet. It was not one of my better games but I am just grateful to be able to help the team.

“At times in the first half me and Sergio [Aguero] got on ball really well in the pockets in front of their defence and took up some great positions.

“It felt like we were much more fluent and able to keep possession. To have a striker to link up with was really good.”

We have on more game to bring you today as Manchester United travel to Newcastle lookig to bounce back from their 6-1 defeat to Tottenham last time out.

Ole Gunnar Solskjaer has dropped Paul Pogba to the bench and there’s no place for Anthony Martial following his red card in the last game.

What we learned from Man City’s determined 1-0 win over Arsenal:

Man City move into the top 10 after taking three points and a clean sheet from the game. Raheem Sterling’s first half strike the only difference between the sides.

90+4 mins: Full time. It was pretty obvious that Pep Guardiola wanted his team to hold on to a clean sheet in this game. Raheem Sterling put them in front and then City refused to over-commit, not allowing Arsenal to hit them on the counter attack.

It’s not how you usually see Pep’s Man City play but they were in dire need of three points today and made sure they got them.

The Most Scenic Football Stadiums in the World

The Arsenal Lineup That Should Start Against Liverpool