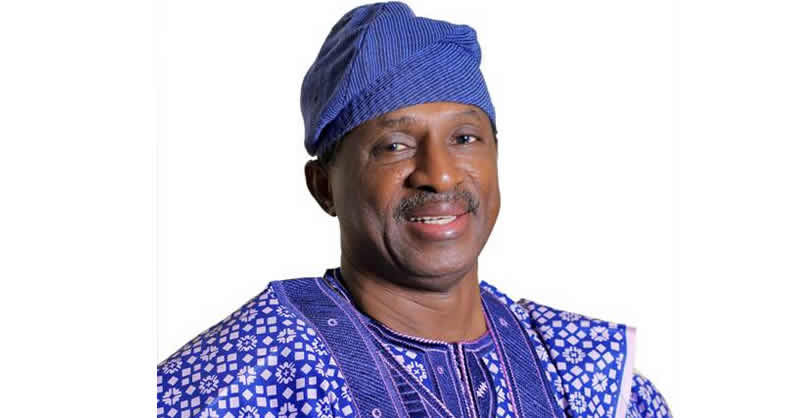 Senator Olufemi Lanlehin has cautioned Governor Seyi Makinde of Oyo State against overrating himself politically, saying he failed to deliver for his political party on election assignments to both Kogi and Ondo states.

Lanlehin, who represented the Oyo South Senatorial district in the 7th Senate, spoke on Saturday in a congratulatory message to the Ondo State Governor, Rotimi Akeredolu, on his re-election victory.

The senator, noting that the journey to electoral victory for Akeredolu had been hectic, said the Makinde’s experience during the Ondo governorship election reflected the fact that he was a lightweight politician who should be ready to learn.

He said, “Governor Makinde’s larger than life disposition and deployment of enormous political arsenal in the just concluded Ondo poll is clearly uncalled for and amounts to overstretching one’s luck despite his limited political experience, public service pedigree and personal integrity.

“I, particularly, urge him to take to heart the whipping lessons he received from his current Ondo misadventure and the last Kogi disaster, when he, on both occasions, returned to Ibadan with his tail between his legs after failing in assignments that were much beyond his capacity and experience.”

However, Taiwo Adisa, the Chief Press Secretary to the governor, urged the former Senator to stop the “perpetual antics of dragging the governor into his political discourses.”

He said, “On the matter of the Ondo governorship election of October 10, it is on record that Governor Makinde, as Chairman of the Peoples Democratic Party’s National Campaign Council did his best to secure victory for the party. Details of what transpired during that election are still being collated by the PDP.

“However, it must be stated that the attacks launched by Senator Lanlehin, obviously playing to the gallery to gain relevance in his new party, are needless. It is clear to well-meaning members of the public that turning what should have been a congratulatory message to Governor Akeredolu to an avenue to rubbish Makinde is not dignifying and unbecoming of the Senator.”

Copyright PUNCH.
All rights reserved. This material, and other digital content on this website, may not be reproduced, published, broadcast, rewritten or redistributed in whole or in part without prior express written permission from PUNCH.

Brexit: Why is fishing a stumbling block in the trade talks?

#EndSARS: No excuse for that amount of brutality on unarmed civilians – Raila Odinga

We’ll Get Justice For All Those Killed During #EndSARS Protests, Osinbajo Says