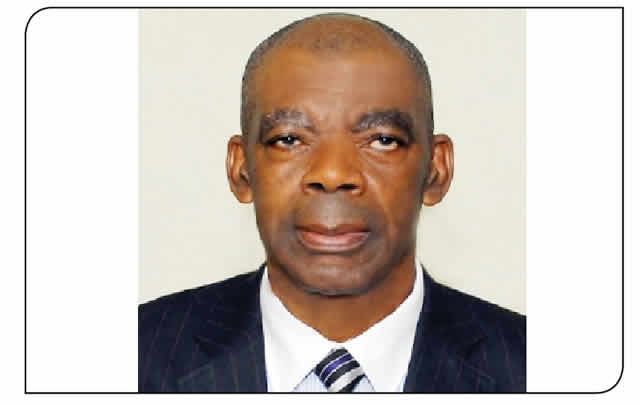 A security expert and former Commissioner of Police, Lawrence Alobi, says Nigeria isn’t ripe for state police and there should be a national policing strategy, in this interview with OLALEYE ALUKO

Considering the Ondo Commissioner of Police preventing the deputy governor of the state, Mr Agboola Ajayi, from leaving the Government House, is Nigeria ripe for state police?

I have always condemned the idea of state police. We need to evolve. I have always talked about the development of capacity and consciousness as a nation. The issue of policing is very critical in nation-building. We should let the police do their jobs holistically. On what happened in Ondo, I felt very embarrassed. It was very unprofessional. The state Commissioner of Police ought to have sent his officers to first find out what happened in the state Government House. He should have given directives on what should be done and should not have been in the picture. He could have sent an area commander or a divisional police officer. It is unprofessional for a police officer. If we establish state police, you can now imagine the level of recklessness that we will be witnessing. Most of our governors and politicians are only concerned with how to grab power. Leadership is not about who dominates – leadership is about service and humility. So, state police, for me, is not good for this country.

Can the police be neutral without support for the political party in power?

Today, we are still very fragmented on ethnic and religious basis. And when we now begin to fragment the police again, it will tear this nation (apart) the more. The motto of our country says, ‘Unity and Faith, Peace and Progress’, but how do we keep that when we break up the police force? The police do not have what I call a national policing strategy. The police, being the principal agency on law enforcement, need to have a national policing strategy, which should be put to work. This will give the police a direction and will not bend to the whims and caprices of political office holders. So I say Nigeria is not ripe for state police, until we have developed a national consciousness.

Can state police be neutral without supporting the political party in power in the state?

Use the example of what is happening in Ondo State. The Commissioner of Police did not go there on his own; he might have been called in there by the state governor. With state police, our governors will behave like emperors. They will use the state police to the detriment of the generality of the opposition.

The police, by establishment, are supposed to be the force of peace and unity in the country; they are not supposed to be manipulated or become tools for political oppression. They should not dance to the whims and caprices of any politician.

But one of the arguments for state police is that they understand the terrains better and can gather more intelligence. Do you agree with this?

It is not true. Policing is a science. I am from Cross River State and I served the greater part of my police life in Enugu State. I endeared myself to the people of the state. So, it is not about the language; it is because of the attitude. Even in the family, don’t they fight one another? A police officer definitely has to endear himself to the citizens of the state to which he is posted. Let me give you a life example.

When I was an Area Commander in Enugu in 1986, there was a workers demonstration where the protesters marched from the state secretariat to the Government House in Enugu; I was having a meeting with the 82 Division Headquarters of the Nigerian Army. My commissioner called me to leave that meeting immediately and attend to the protesters. The policemen were using tear gas canisters to disperse the crowds when I came. When the people saw me, they pushed forward and I addressed them. And they agreed to disperse in peace; I had to trek with them from the state secretariat still talking to them. They regarded me as a respectable police officer. I was able to quell their demonstrations. The same scenario played out when I was the Commissioner of Police in the Federal Capital Territory, Abuja. So, policing is not in language or dressing. Under the (Ibrahim) Babangida administration, this policy of policemen serving in their states had a test run. Policemen were moved to their states and I returned to Cross River State and even to my hometown.

Copyright PUNCH.
All rights reserved. This material, and other digital content on this website, may not be reproduced, published, broadcast, rewritten or redistributed in whole or in part without prior express written permission from PUNCH.

Brexit: Why is fishing a stumbling block in the trade talks?

#EndSARS: No excuse for that amount of brutality on unarmed civilians – Raila Odinga